On Sunday, when it was announced that Jodie Whittaker was the 13th Doctor I was surprised by my own reaction. I would usually squeal and giggle at this type of news, but when Jodie was revealed from underneath that hood, I started crying and shaking with disbelief and joy. I’d hoped they would be brave enough to cast a woman, but I didn’t realise how much I really wanted it and I didn’t dare to believe it would actually happen so when it did, I was shocked by how happy and overcome I was. I still can’t believe it!

The joy was widespread but far from universal. Predictably, a tide of outrage followed the announcement, mainly but not all from men, proclaiming that the Doctor couldn’t and shouldn’t be played by a woman. In this post I am going to pick apart some of the reasons given for this and argue that said viewpoint is utter rubbish but first, I have a confession to make: I have a tiny shred of sympathy for the naysayers because up until about 3 years ago, I was one of them. Me! Lefty, feminist, activist me, wanted the Doctor to be forever played by a man! At the time I believed that a lot of what I loved, no adored, about the Doctor was inherent to his manliness. His charm, his arrogance, his protectiveness, his lovable foolishness, his sex appeal, I genuinely believed that all of these would be watered down or taken away if the Doctor was played by a woman. Deep down I knew this was selfish and wrong, I would never admit it out loud and it seems ridiculous and shameful to write it now, but there it is. That was until about 3 episodes in to Peter Capaldi’s run: for me, almost all of his charm and likeability and every trace of his protectiveness and sexiness disappeared. I realised what I wanted from the Doctor was not a man, but someone to idolise, to be in awe of, someone who would make my heart beat a little bit faster and someone who I felt safe to travel around time and space with. I realised that these qualities aren’t and never have been gender specific. I know now that I’m much more likely to develop a humongous girl crush on by a strong young woman kicking ass, than I am to be enthralled by old, elusive Scottish bloke (no offence Peter- I love you really!). It was then that it also hit me how weak and sexist my old view had been. I’m embarrassed that I thought that a woman Doctor wouldn’t have these qualities and would be less awesome. Unlearning internalised misogyny is fun right?! But it’s also completely necessary, and it means that I’ve done a complete 180 and I now passionately and wholeheartedly believe that the Doctor should be a woman.

That’s why I want to challenge some of the ‘reasons’ given as to why the Doctor couldn’t possibly be a woman. Here goes:

“It’s tradition! The Doctor has always been a man and should always be a man. It would be too weird to change it now!”

1) We do love tradition and some of them are great, like eating pigs in blankets at Christmas or going to a festival every year. However, it’s important to remember that it was also once tradition and ‘normal’ for women to be forced to wear skirts and dresses and for children to work 12 hour days in appalling conditions. Many traditions are rooted in oppression and although it may not seem comparable, the Doctor spending 54 of our years and over 2000 of their own in a series of white male bodies is a product of the very same patriarchy. Not all traditions are good ones, and it is important to recognise when they are a result of ongoing inequality in society.

2) When critics say it’s just impossible for the Doctor to change gender, and it’s unrealistic and weird for them to do so, the usual response is ‘they’re a fictional alien travelling in a police box around time and space, you moron!’ This is very true, and the context of Doctor Who it’s much less complicated for a character to change gender, and easier to explore the issues surrounding this than it would be for other shows. However, even if that wasn’t the case, the ‘once a man, always a man’ argument completely ignores and invalidates the experiences of trans and non-binary people. It perpetuates the idea that to be anything other than your assigned gender is abnormal and reinforces the stigma they face every single day. This should be challenged at every turn; not fitting into the gender binary isn’t weird and it happens a lot closer to home than Gallifrey. It’s time we celebrated that.

A personal favourite of mine, to describe something as ‘politically correct’ is to debase it as just a fad or something that is done or said simply to avoid offending people, therefore implying that it doesn’t have any real value and should be dismissed. The thing is, from Nadiya winning Bake Off, to Black Hermione, to a disabled presenting team covering the Paralympics, anything and everything that boldly celebrates diversity is labelled as ‘political correctness gone mad.’ But, if even one Muslim woman winning a talent show, or one all-woman film cast is too much, too unbelievable to be based on any merit, then people who cry about political correctness must think that ANY move towards diversity and any achievement by anyone other than a white cis man has very little worth and that we should just stick with the same white, male faces for the rest of time, or at least move towards diversity in a slower, more acceptable way, like just having us play the sidekicks, the assistants or the best friends for another 20 years, or in another way that cis white men feel they can handle. We don’t have to settle for this.

“It will ruin the show.”

The idea that simply having a female protagonist is enough on its own to ruin a show is beyond ridiculous. To imply that a female lead will automatically be so much weaker and worse than a male one that the show will crash and burn just because of her presence is so rude that I’m not even going to justify it with an argument. What I will say is that if a show is bad enough that it only survives because of its ‘charismatic male lead’ then I don’t want it to succeed. I love Doctor Who, but if the writers and directors can’t make it work without a white man at the TARDIS controls, then I can learn to let it go. I can understand that people are worried that such a big change may mean a considerable number of viewers are lost at first, but I have faith that this won’t happen and even if it did, if the writing is good enough, they will come back and those that choose not to don’t deserve the joy that being a Doctor Who fan brings.

“Don’t take away this amazing male hero for boys!”

OK. Let me just list some male heroes of popular culture for you:

I could go on. Boys have plenty of heroes. ‘But he’s the only one with morals and substance! He’s the only one they can really look up to!’ I hear you cry! I would question this assertion. He may be more intelligent and complex than a lot of other characters on the list (hey, why do you think I love him so much?!) but the Doctor has more than his fair share of negative traits too. He’s arrogant, vain, patronising, angry, shouty, judgemental, hypocritical, he says he hates guns and violence but he’s the ultimate soldier and he’s always keen to destroy or punish the bad guys by any means necessary, he has kissed women without their consent, he’s unreliable, he makes his friends wait years for him to come back and then says ‘lol sorry’ when he does, or puts them through hell then leaves them in a parallel universe, stuck in the past, or simply drops them off at home to sort themselves out. Don’t get me wrong, I love the Doctor with all of their flaws (except the kissing without consent one), I wouldn’t have them any other way. All I’m asking is that we stop treating him like this holier than thou ultimate positive role model for boys and accept that he is far from perfect. Jodie will be just as good if not better, as a role model for kids of all genders.

“It’s unnecessary. This is change for change’s sake.”

Change for change’s sake is when they implement a new management system at work to ‘streamline the workflow’ and nobody has a clue what’s going on so productivity goes down, not casting the Doctor as a woman! Change for change’s sake implies that nobody will benefit from the change any more than than they do from what’s currently in place or that they may even be worse off as a result. That couldn’t be further from the truth in this case. I think every single person who watches the new series will benefit from a woman Doctor. From the little girls who get a new hero and realise they can be heroes too, to the boys who grow up believing that gender roles shouldn’t exist, to the people who will revel in seeing a strong geeky woman on screen, I think they’ll all take away something important from the new series. Even those who don’t watch may well benefit in the long run as a casting in a role as big as this could do a lot to challenge wider societal attitudes. This argument also raises an important question about who decides what changes are necessary and when. When people say ‘this change is unnecessary’ often what they mean is ‘I can’t see how this change will directly benefit me, so it shouldn’t happen.’ Everyone benefits from seeing themselves represented in the media. Diversity is always necessary. We need diversity everywhere, all of the time.

As much as I will always counteract the above arguments and rejoice in the Doctor’s womanhood, it’s important to remember that this isn’t a representation win for everyone. The first steps towards diversity often seem to be taken by white women and disabled, LGBT women and women of colour usually feel left behind. This is an amazing step forward but there is still so so much more to do.

We are absolutely justified in celebrating though. When the arguments against us are shouted loudly enough and often enough, women and girls like me can begin to question if maybe the accusers are right after all. I doubt I’ve changed anyone’s mind with this post, but I want to say to any girl questioning themselves that you’re right and they’re wrong, don’t let them convince you otherwise. Get excited and get ready to enjoy it because you deserve it, and whether they like it or not, she’s coming.

1 thought on “Challenging the timey-wimey patriarchy: The Doctor SHOULD be a woman!” 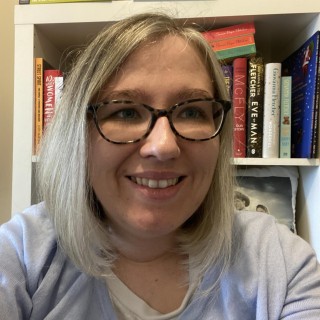